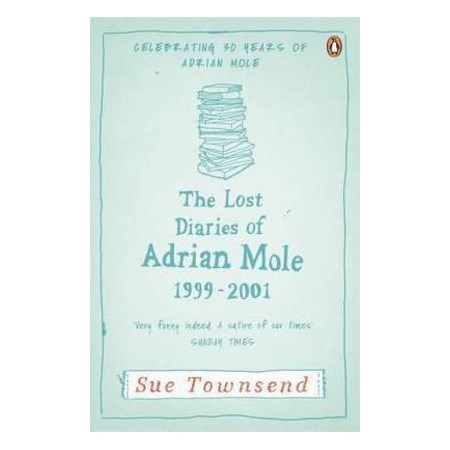 The Lost Diaries of Adrian Mole, 1999-2001 is the seventh book in Sue Townsend's brilliantly funny Adrian Mole series. Monday January 3, 2000 So how do I greet the New Millennium? In despair. I'm a single parent, I live with my mother . . . I have a bald spot the size of a jaffa cake on the back of my head . . . I can't go on like this, drifting into early middle-age. I need a Life Plan . . . The 'same age as Jesus when he died', Adrian Mole has become a martyr: a single-father bringing up two young boys in an uncaring world. With the ever-unattainable Pandora pursuing her ambition to become Labour's first female PM- his over-achieving half-brother Brett sponging off him- and literary success ever-elusive, Adrian tries to make ends meet and find a purpose. But little does he realise that his own modest life is about to come to the attention of those charged with policing The War Against Terror . . . Bestselling author Sue Townsend has been Britain's favourite comic writer for over three decades. 'An achingly funny anti-hero' Daily Mail 'One of the great comic creations of our time. Almost every page of his diaries bring a smile to the face' Scotsman Sue Townsend is Britain's favourite comic author. Her hugely successful novels include eight Adrian Mole books, The Public Confessions of a Middle-Aged Woman (Aged 55¾), Number Ten, Ghost Children, The Queen and I, Queen Camilla and The Woman Who Went to Bed For a Year, all of which are highly acclaimed bestsellers. She has also written numerous well-received plays. She lives in Leicester, where she was born and grew up.